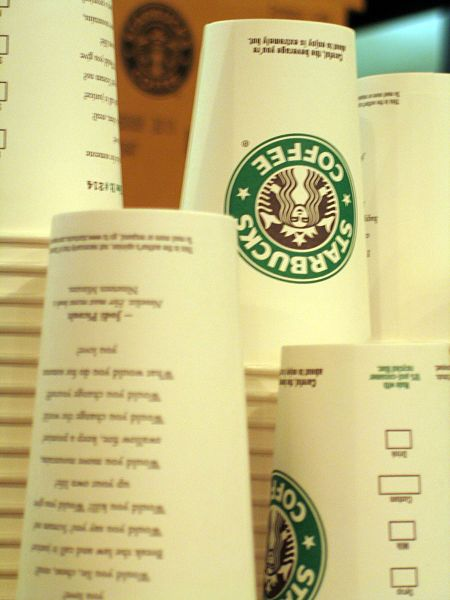 Yesterday my daughter spent some time on the internet trying to find an English version of a French Starbucks documentary she had seen on a flight home for the holidays. It was called “Starbucks Unfiltered” and she could find the French version, but nothing with English subtitles. A little bit later, as we watched some football, she and I saw a commercial for Starbucks.

This morning, I came across this: https://stories.starbucks.com/press/2019/starbucks-unveils-epic-35000-square-foot-reserve-roastery-in-chicago/.

My question this morning over my cup of coffee (not telling whose) is, “When did this happen”?

In my job I go to approximately two dozen workplaces a day. There I see every shape, size and design of Starbucks coffee travel mugs. I see Starbucks mugs that don’t travel. I see lots of Starbucks coffee drinks in hands, in trash cans and recycling bins. I was even recently offered an extra Starbucks drink bought for a person who wasn’t going to make the meeting. I opened the lid first and saw there was milk or cream already added and politely had to turn it down. The next day in a medical office I overheard the staff discussing their coffee preferences vis a vis Starbucks. Their opinions were moons of coffee orbiting around the coffee planet Starbucks. In other words, Starbucks is now coffee and vice versa.

At the end of my tenure at Starbucks in the mid 1990s I recall once seeing a Starbucks commercial on a TV screen in a Chicago bar. I was having some beers, the bar was loud and I could not hear the audio but I think the commercial showed a monkey using a French Press coffee brewer. Maybe I was also doing some shots. Anyway the point is, that pretty much after I left that bar on Broadway in Lakeview, I tuned out Starbucks. I had to. I was starting to raise a family and very soon free time would be a thing of the past.

There is no mention of Starbucks TV commercials or anything of the like in Tripio https://www.amazon.com/Tripio-novel-Starbucks-Millionaire-Novelist-ebook/dp/B07NQ1413V . Jay’s observations of the growth of the company he works for is for more anecdotal. In Tripio Jay notices “a Cosmodemonic cup in the trash at the bus stop or crushed along the curb” as an indicator that his place of employment is doing more and more business. Mostly Jay lives the “word of mouth” growth of Starbucks via the intensely busy Saturday and Sunday morning shifts at the various stores he was working.

More that two decades after leaving that bar in Chicago and seeing my kids become young adults I again have found some free time. If I choose to use some of that time to meet a friend at my nearest Starbucks, I always take in the lines and the mise en scene. I think that it is never as busy as when Jay (me, duh) worked there. But when I leave my local Starbucks I leave with good memories of the days when I was behind the counter. And on the way to car, I always toss my empty cup down to the curb for old times’ sake.