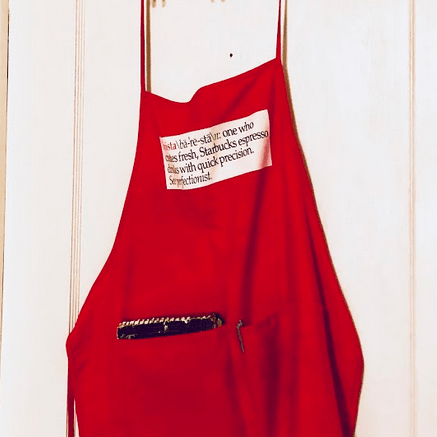 “I’m sittin’ in first class and they can all kiss my ass, ‘cuase I’m goin’ back baby, back outta world.”

In Tripio, Jay is writing Back outta the World, which is his first novel. It is a road book. One of Jay’s literary heroes in Tripio is Jack “That’s not writing, that’s typing” Kerouac. It is in character for Jay to have attempted his first novel based on the two month road trip he had taken as part of his aimless post college graduation life. Tripio starts as Jay is nearing the end of writing Back outta the World. He is not exactly struggling with the ending of it. After all, it is finite. The book will end with end of journal he kept on the road trip. Jay is more concerned by the fact that he is afraid he doesn’t even know what his book is about.

Writing Back outta the World as part of Tripio

In real life, that was also true. Today, I describe “Back Outta the World” as a road trip in which the main character’s mind and body are on two different trips and meet at the end. I only came to that conclusion as I reworked Back outta the World(BotW) prior to starting Tripio. I arrived at that conclusion approximately 20 years after I finished physically writing Back outta the World. You will have to buy and read Tripio to find that section describing how I felt upon finishing BotW. I will tell you that it is one of the few parts of Tripio that remains word for word in the novel, as it was recorded in my SotM on that day in my apartment those many years ago.

If I am promoting and publishing Tripio as a Starbucks novel, reflecting on it daily now as the story of my early adult life, then I am writing about my writing twice over. In other words there could be no Tripio without BotW. Yet, I was hesitant at first to even name it. Early in the writing of Tripio, I referred to BotW as “my writing” or “the novel”. Then, as I began to feel confident and came to see potential in the publishing of Tripio, I made it a point to name and embed BotW intoTripio. In fact, I had to. In order for Tripio to “work” (you be the judge), BotW had to be a powerful, named presence in Jay’s mind. It had to be identified so that it could carry it’s third of the book.

I believe it worked. Again, you be the judge. Either way, I hope to find a path to publishing BotW at some point after Tripio. That would be the least Tripio could do for BotW since Tripio would not have come to be without it.