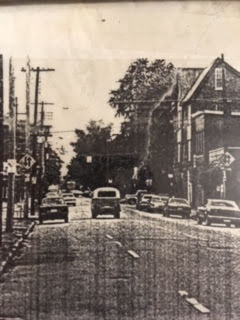 As promised, I am attempting to keep this blog as current as possible on the progress I’m making on my second novel, the spiritual prequel to Tripio, called Back outta the World. The song above by Terry Allen is where the title for the novel originates. It does not appear in the novel but captures what I feel to be a similar spirit or energy found in the pages.

I posted this in early January, 2020. Since then I have learned two things. The first one is how to embed a song on a post. I may embed the song every time I post about BotW over the coming year. Then again, we both may get sick of it. Let me know. I also realized that I was not done with Back Outta the World. I did not find an editor. That, my friends, was partly the universe telling me that BotW was not done and partly just dumb luck. In short I am back to Back outta the World again. Hey, don’t say your sorry. I have enjoyed this pass even more. Which means the rest of this post resonates even more.

A good thing it is also fun

For example, I must have been temporarily visited by genius when I revised the section where Jay and his friend Kyle visit a casino in the UP. Here, I compare the green velvet covering the poker and pool tables they are visiting that night to the green of the grass of the yards that Jay and Kyle played on as kids. Kyle is Jay’s security blanket. Jay is having doubts about the purpose of the current road trip and the future he sees beyond that. Even if Kyle is not a wonderful person, Jay finds comfort and reassurance in his presence. Kyle’s presence doesn’t help in this part of the novel, as the old friends are about to get tossed out of the casino.

Botw Excerpt– This fake green table was just another yard to play on.  Just like the pool table. Jay was free to play here too. His own game though, not controlled by the clicking chips.   He had left his world and traveled good ways to meet up with his oldest friend and they were now together at a casino in the Upper Peninsula. Not that this casino even mattered.  The forms had all of Jay’s chips but they had been here before him and would be here after Kyle and he left.  Jay and Kyle had their friendship and the lasting historic strength that it gave them both.  The dealing continued. Jay and Kyle made more jokes among themselves. One wordless form got up from the table. Jay no longer wanted a seat at this table. Jay and Kyle didn’t need plastic, clicking chips telling them how to have fun. Their secret, shared history was revealed to the other forms by way of their jokes and loud laughter.  This was now their yard, their green playground. The players of the other game in their yard became less important. They had no idea how to play the new game in Jay and Kyle’s yard. They didn’t get the point. Now was a moment in the history of the two’s friendship and who cares if it were in front of a table or even an entire casino full of wordless strangers?  Kyle and Jay weren’t here to break any of their rules, just to play by their own, as far as Jay could reason.  These forms were taking the plastic, clinking chips too seriously, or just doing what they were told by them. Either way, Jay and Kyle were laughing and playing a fun game.  So, when two very large and very silent  uniformed men arrived and stood between Jay  and Kyle, they knew what to do. Their game was over. Time to go home for dinner.  This time, Jay was a couple steps ahead of Kyle, as they turned away from the green table and left the other players to return to their own game.

As I said, I now really like that bit in the book as revised. And even more a year on as revised again. The problem is that, as of this morning, there is no way of knowing if I improved that passage in Back outta the World one little bit. The attainment of external validation for a novelist is a slow process. A good thing I have two coffee makers to get me through. After I finish this post and cup of coffee, I am going to spend an hour or so working on the next part of Back outta the World. I placed the quote above in this post because I believe it applies directly to working on a novel. One has to work the soil everyday, as a peasant would. It doesn’t matter a hell of a lot what I think about what I did yesterday, or last year. If I don’t work the earth today, no one one eats tomorrow. A bit dramatic I know, but you get the point.