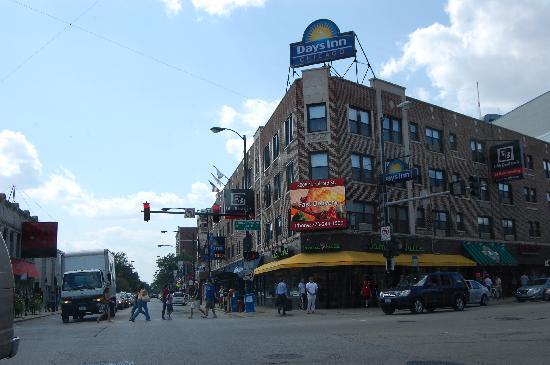 It is the summer of 1992. In my “Starbucks novel”, Tripio, Jay works at a Starbucks store #204 located on north side of Chicago on the corner of Clark, Diversey and Broadway. In Tripio, for the sake of brevity and authenticity, I refer to it simply as store #204, or even just #204. Tripio is a historical fiction novel, set at time when there were around 100 Starbucks locations up and running. However, store #204 was already showing sings of decay from 1,000 transaction Saturday mornings when Jay arrives there as the new Lead Clerk. Jay is an aspiring novelist and so he liked the store’s physical character and the stories it told. His co-workers were mostly aspiring to make a living at one art form or another, so Jay felt he fit right in.

There are several passages in the book when Jay writes that he feels at home at #204. He finds comfort settling back in there for a shift after returning to the city from a trip downstate: “ I had spent too much time here not to treat #204 as a home away from home.” Looking back, that was no accident. The decision Howard Schultz made to empower employee partners with health insurance and stock options was vital to it’s growth and success. In effect, that decision put owners in every Starbucks.

If only I could

I had a strong desire to physically take a trip back to Starbucks store #204 as I was writing Tripio to confirm the details that had gone into the book. I also wanted to look again on the Days Inn that stood diagonally and across the street from #204. There were many, many nights I closed #204 and had to get back to open or at the very least be back for a morning shift. If I closed, I locked that door after midnight. If I opened the next morning, it was at 5:30 or 6 a.m.

The Days Inn stood just across the street on those nights, calling me, tempting me. A shower and bed was just minutes away. My apartment was a long bus ride up Clark. It could take almost an hour before a shower and bed there. I would then have to make the return trip on almost no sleep. A night at the Days Inn would remedy all of this. But no money, no way. So, I made do with my tripio over ice.

Then, the summer 2017 arrived I took the opportunity to drive to Chicago and see both places. I had finished Tripio. I wanted to confirm the details of #204. It had been 20 plus years. My trip back to Starbucks store #204 was also a gift for my daughter. She was headed to college in the fall and we went together as a going away present. That is why I did no research on whether #204 still existed. I was going anyway.

Not surprisingly #204 was no more. If it is true that you can’t go home again, at least you have a shot if it still standing. A new collection of newer storefronts had taken over the whole building that housed and surrounded #204. I can’t say I was actually surprised. However, Store #204 was still very, very much there for me: I could still hear the thud of the filter basket hitting the bar across the dump bucket positioned on either end of the espresso bar, the grinders clicking on and the shriek of the hot steaming wand entering the cold milk. I pictured where I stood to expedite the lines during the 1,000 transaction mornings. I thought that I could even catch the scent of a massive urn of Sumatra Mandheling brewing as the morning crew went about the opening process.

Not having a physical confirmation of #204 may have made me work harder to recreate #204 in Tripio. I had to work to rebuild it, and I did.  Look for proof when you read Tripio in the scene where Jay dusts off an “order here” sign that hung unnoticed by almost every customer and most partners who had ever entered #204.

So, my trip back to Starbucks store #204 was a success even if it physically was no more. I had confirmed my memories. But the best part was that I finally got to stay at the Days Inn. It is now called The Versey. Yes, the bed and shower sure felt great after all those years of waiting to get there.