Thoughts on Barista to Boardroom

“It felt like the circle had softly closed, like it was all meant to happen exactly that way. I could now let go and move forward, embracing life as a former partner.’ 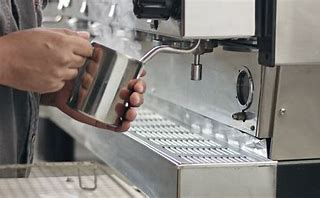 These couple of sentences conclude Christne McHugh’s’ memoir, From Barista to Boardroom.  In my historical fiction “Starbucks novel” Tripio, Jay (me) leaves a once promising career at a lit fuse of that small coffee company at the around the same time McHugh’s career is taking off. Christine’s memoir is a detailed and revealing look at the 27-year career she had at Starbucks. Reading her memoir, for me, was a look back at the career I didn’t have.

I am personally grateful to have read it, to experienced it vicariously because I could not have done what she did.  My mind has used some considerable mental energy over the years wondering “what if I stayed at Starbucks and pursued a career there?’ I have taken numerous mental reveries thinking how much better (who imagines it worse?) my life would have been if I stayed at Starbucks, held onto my IPO shares etc. I have written numerous posts, hey- even a novel, all of which to some degree kept that mental “circle from closing.” Now, it is closed, and I have Barista to Boardroom to thank for it.

When I say career, I define it in terms of Chrisine’s world of corporate machinations, promotions and politics.  And of agonizing decisions to move a family for a chance to further your career, of even more agonizing calls to partners to lay them off, of Starbucks employee (partners) mentorships, demotions and disappearances.

The day the Frappuccino was born

I cannot offer thoughts on that world. Christine has done that. But what I can do is acknowledge that I was NOT cut out for it. How many people are? I just wanted to steam milk for 20 more years and watch my 268-stock options split. Split and steam. Steam and split. That was my hope, my goal, my intention.  I felt that world coming on, even as early as 1992. In fact, I like to pinpoint the date exactly as June 23, 1992. The date of the Starbucks IPO. Or, as I refer to it as the day “the Frappuccino was born“. The end of the vibrant, regional coffee company which to this day was the best workplace I’ve been a part of, and the birth of the global, corporate behemoth that Christine plunges us into in Barista.

A tale of two baristas

Christine started as a barista about a year before I did and, unlike Jay in Tripio, pretty much kicked ass for the next 27 years. She describes many meetings, deadlines, initiatives, reorgs which many, if not most of her intended readers will recognize and response to with- “I’ve been there” or “I was in that meeting.”  I read these sections of corporate workplace life and finding myself saying “No way I could have done that.”

So, for about 99% percent of the book, I could not identify with Mchugh’s experiences. But, in the 1% of the time that I could, explains why it was, and has, been so hard to let go of my 4 years as a Starbucks partner. In that 1% I found the empathy and comradery and unity that being a Starbucks partner brings, apparently forever.  I was rooting for the Alaska native who started as a 19 old barista, whose favorite coffee was Verona.

As that emotional partner, I was most upset when I read the part in which Christine was more or less abducted and demoted while very pregnant. (I’m being dramatic here, but part of this post’s intent is to generate interest in the book). I thought to myself that no business enterprise is worth treating one human being like that one time- ever. How can that be worth it, justified?  Yet, she overcame that and carried on in her career.

There are many more wisdoms related from her career that are found in Barista which will serve those interested in career crafting.  Read Tripio if you want a lesson in career detouring, by the way.

A benefit for life

Back to the 1% part. I could relate to and was most moved when I read of Chrisine’s determination to keep her “mark-out”. The last time I heard that term I was wearing my green apron.  My weekly mark-out of the best coffee I’ve ever had, was priceless to me!!  For the duration of my 4 years at Starbucks, I may have missed taking this small but glorious benefit only a handful of times. In fact, I would often come to know which baristas didn’t drink coffee and would relinquish their mark out and ask if I could have theirs for the week.

Found in that example which so spoke to me, are the traits that were perhaps McHugh’s most valuable on her path from Barista to Boardroom. I saw her willingness to try something new and to persevere until it was done. I found her effort to keep receiving her favorite coffee to be an unintentional tribute and nod to the baristas like me, and Mark and Denis and Sarah and many, many others who worked hard at Starbucks back when it was a regional coffee company. The company that attached encircled me a long time ago.

Lastly, a bit more about me. I realize that it is merely a self-told and often believed fantasy that I could have stayed at Starbucks for 20 years. And spent those years merely steaming milk and splitting stock options.  Over the years that fantasy has appeared less and less in my “if only” mind. Luckly, I have, in real life, found my fortune, the one hinted in the epilogue of Tripio.  Thanks to reading Barista I was able to at long last, softly close that circle, imaginary though it was.