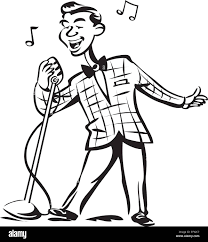 No, I have not chucked writing for singing. You may not think much of my writing but take a moment right now to count your blessings that you have never heard me sing.

Nonetheless, I have found a book which has confirmed that I do have a writing voice. It has come to me when I needed it. When I noticed it, when I was able to see it, when I was paying attention. But I will leave the sometimes inscrutably self-indulgent metaphysics behind for the rest of the post.

I was on lunch break at work, eating a cold cut sandwich and some chips and listening to Joanna Penn’s podcast, the Creative Penn. She was interviewing Nikesh Shukla about his new book, Your Story Matters. Five minutes or even less into the interview I knew this was the book I had to read as soon as possible. I had no idea who Nikesh Shukla was.

I felt so much weight coming off the writer in me as Nikesh told his story. I kept exclaiming back to him, “You are so right!” or “Hell yes!”  Everything he said struck me as familiar truths I have experienced along the way as a writer. And he confirmed a lot of what I suspected regarding the environment of the writing world. Nikesh, in so many words, said that so much of it is best left ignored. It was such a relief. 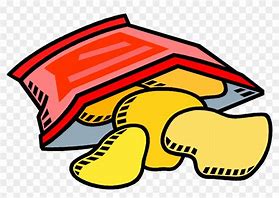 I felt immediately grateful to Nikesh for taking so much weight off of me.  I felt lighter and freer to let the writer in me just be who I am, without looking over my shoulder. I heard that I didn’t need a massive social media presence or a degree in Creative Writing for me to matter.  If I were able to I would have given Nikesh some of my chips.  But I couldn’t do that, so I bought the book as soon as I could. My break ended before I could, or I would have bought it then and there, even though I had not read anything Nikesh had written.

That was a couple weeks ago. I have the book next to me now. I’ve read some of the words.  I was so excited that I bought the book hardcover from Waterstones in England. It took a while to arrive. This morning, I found the bit that I already knew was there:

“This isn’t even really a book about making your work publishable. This is about getting you writing and helping you get the best out of your voice.

All that other stuff: getting published, getting rave reviews, prizes and so on is great-if that’s what you’re after-but it that’s the case, I recommend some other books.”

“We have to trust our storytelling instincts first and foremost. Before anything else.”

Hearing my own voice

I don’t mean that my best voice writes only about lambs singing and dancing on a field of daisies. But an inclusive and expansive mind that has room for all things-the good, bad, happy and sad.  But not judgement, doubt and fear. That comes later. But I can’t just drop my mind at the laptop and tell it to write. I can’t command my writer’s mind to write and tell it “Don’t forget that part about the best of my voice.‘

My mind is attached to my body. I hit this so often in my posts but I’ll repeat it:  What we do to the mind, we do to the body. So I take care of both, sometimes separately, sometimes together but always with the intention of uniting them so that I will be able to access my best voice later at the laptop. I do this via yoga, mediation, journaling and other practices I have done over the years.

I felt like all that I do to access my best voice was validated by Nikesh. I  told a bit of my story just now. It felt good. I matter to so many people! People who want to see me in the place where my best voice can come from. In fact, I am headed to Bloomington later this weekend because my son texted and wants to shoot hoops and play pickleball with me. I matter to him. Yes, I matter.  And I count. Indeed, I mean something to lots of people, whether my books sell or not. I mean a tiny, tiny bit to you. And so, you mean something to me! That feels good doesn’t it? Such a good feeling, such a relief.

Sure, I hope someday that my books produce a secondary revenue stream, or even occasional drip. Hell, if they sell enough, I can share my sandwich and chips with Nikesh at some grand literary affair. “Want a chip, Nikesh?”

For now, though, I’ll be happy finding my best voice. because that’s the one I want you to hear. Read, I mean, which is definitely best case for both of us.