Don’t waste your time writing that trash you write. Hey, I should know. I’ve written more than my share. It took four seconds to find an example from on old file. See below:

Mid-step brooding was halted for an instant though as Altonstreet realized that Philpatrick would have already been seated, sipping his coffee significantly. 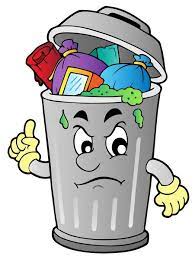 I’m not going there with this post. What I am saying is that it may be a way better use of your time to pick up trash rather than write it. David Sedaris does it, though in the link below, it says he does his “thinking” when he’s doing it. But, he is writing.

I know this because I have seen it work over and over and over. I consciously step away from the keyboard to allow  my subconscious mind to take over my writing. I then take my five senses and conscious, at the keyboard “writing” mind, and go do the dishes, feed the cat, grab more coffee. When I sit back down, boom, I’m writing. Or more accurately, filling in the blank page, acting as a conduit between minds, between the cluttered day to day world and the limitless subconscious mind.

It doesn’t have to be trash

I seen it work. I first saw this work on long drives. I was given the names of long forgotten baristas from a Starbucks I worked at 30 years ago. I would write early the morning of my drive and about 50 miles in, conscious mind and 5 senses engaged in the task of driving, the name I needed popped into my head. I wasn’t picking up trash, but all our minds work alike.

Since then, I “give it to my subconscious mind” instead of writing trash. Of course I’m not talking about line editing or proofreading here. It is more the realization that what you need is ALWAYS THERE. I believe that with patience, time and an intentional distraction, such a driving, taking shower, mowing the lawn, that the answers will be there.

For further evidence, I attached this list of the greatest books of all time. I can list the utilized distraction that helped make the book a great one:

The trash picking up in the interview below is in the latter part. But the whole interview is a great look a writer, who still has doubts about his work, even after all his success.